Russia had a bumper grain crop in the 2019 agricultural marketing year (MY19), which ends on July 1, and is on track to have another good year in the 2020 season with a harvest of 121mn tonnes, according to official forecasts. 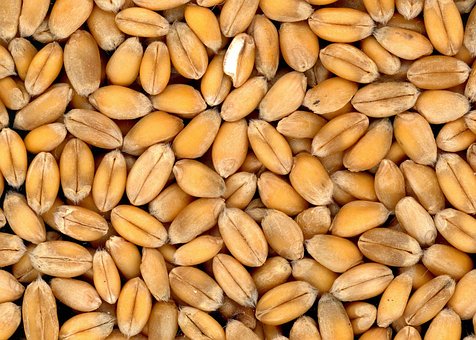 Grain production was up 9% y/y to 123mn tonnes in MY19, which also saw exports of 45.5mn tonnes. Those results were down slightly on the year before (135.4mn tonnes and 54.6mn tonnes), when all time highs were set, including the Soviet-era.

Thanks to heavy investment by the state, as part of its autarky food security policy, agriculture has been one of the most dynamic growth sectors and a real policy success as Russia attempts to replace agricultural products that used to be imported, largely from the EU, following the tit-for-tat sanctions after the Kremlin annexed the Crimea in 2014.

Russia is completely self sufficient in many product groups, including grain, poultry and pork, and indeed has become a major exporter. For the last three years Russia has been battling with Ukraine for the title of “world’s largest grain exporter” and while it lost the title in 2019 to Ukraine the two countries are now the world leaders in grain production.

The official grain harvest forecast for MY20 and MY21 calls for production to remain close to the  MY19 level at 121mn tonnes and 126mn tonnes, respectively, with exports also stable at around 45mn tonnes. That would earn Russia some $20bn a year in export revenues.

Drilling into the production, the largest part is wheat, where Russia produced 72mn tonnes in MY19, down from the record 86mn tonnes set in MY18. Corn (11mn tonnes), barley (17mn tonnes) and "other" grains (13mn tonnes) are the other main components of grain production and are all expected to rise modestly in the next two years, with wheat production forecast to rise to 77mn tonnes this year and the next two years.

Sugar is another important crop and there heavy investment has led to an oversupply after Russia produced a record 7mn tonnes of sugar in MY19 that flooded the market and led to prices falling by a third (30%), according to VTB Capital (VTBC).

Meat production is the new kid on the block as in the Soviet era cattle were almost exclusively kept to produce milk and dairy products. The only meat on the market was slaughtered dairy cows that had reached the end of their working life. The bulk of meat consumed by the Soviet population was poultry and pork. However, as lifestyles and incomes change meat production has been rising and the government has supported investment with tax breaks and access to land.

Average meat consumption in 2019 was 75kg per person, unchanged from the previous year, half of which is accounted for by poultry. The big change in 2020 to the agricultural sector is the ongoing opening of the Asian markets to Russian agricultural products and especially that of China, which has kept its borders largely closed to agricultural imports until now.

The last marketing year saw a global record of 3 trillion tonnes of grain produced worldwide, according to US Department of Agriculture (USDA). The rising production isn’t quite keeping pace with rising demand that has increased by a 2% compound average growth rate (CAGR) over the last five years, so global stocks of grain fell by 6% in MY19, down from the peak reserve of 644mn tonnes in MY18.

That shortfall has been driving up prices, which have increased from a recent low of $178 per tonne in MY16 to $209 in MY19 and are expected to increase again to $220 in MY22, according to the Russian agricultural forecasting agency IKAR. The ruble price equivalent for grains has grown even more strongly, rising from a recent low of RUB7.4 per kilo set in MY17 to a whopping RUB11.2 in MY19 where the price is expected to stay for the next three years. Domestic prices will remain stable as although there is a global grain deficit, in Russia the domestic excess production means producers can easily meet demand.

Total global sugar production will reach 181mn tonnes in MY20, according to USDA, which is roughly the average production level of the last five years. Production here too is running behind supply and stocks are expected to fall by about 6% in MY20 which will help the prices recover somewhat from the deep fall in MY19.

Cane sugar accounts for three quarters (77%) of the world’s production, but in Russia sugar is produced from beets. Over the last three years the leading producers have consolidated their market shares and five Russian producers now account for 60% of the total domestic sugar production, of which Prodimex (22%), RusAgro (16%) and Dominant (13%) are the largest. Between them the Russian producers completely cover domestic consumption and export the surplus, which makes the domestic price for sugar in Russia dependent on the global prices.

Still, analysts predict that there will be an oversupply of sugar again in MY20 with total production hitting 7mn tonnes again against total Russian consumption of 6mn tonnes where demand has settled after rising steadily in previous years.

Meat consumption rose at 2% CAGR in 2016-18 after being depressed in the previous two years following the collapse of oil prices and the associated deep devaluation of the ruble.

“The meat production segment has become strongly industrialised of late with the help of government subsidies for greenfield breeding complexes. In poultry and pork, the share of large-scale farms is to hit 85-89% of total consumption in 2020F, while imports are to go below 5%. In pork, households represent 12% of total supply (vs. 7% in poultry) and we see the floor at 10% as production remains popular in rural areas and clients consider the quality as superior,” VTBC said in a note.

Meat is also especially interesting for its export potential as the demand for beef, poultry and pork in the Asian, Middle East and African markets is high and untapped. Currently only 2% of Russia’s domestic meat production is exported.