Russian financial markets remain under pressure as talk of sanctions in response to the poisoning of leading Kremlin critic Alexei Navanly ramps up and fears of a second coronavirus wave knock oil prices. 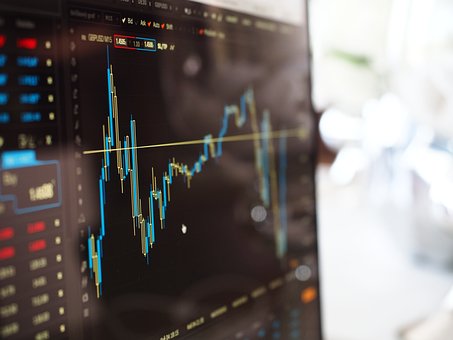 The Russian ruble is still trading at around its lowest level against the dollar since the height of the pandemic in May, and the Russian stock market has been one of the world’s worst performers over the past month, The Moscow Times reported.

EU leaders — including German chancellor Angel Merkel — are pressuring Russia to launch a “full and transparent” investigation into the poisoning of Navalny with Novichok, a military nerve agent also used in an attack on former Russian spy Sergei Skripal in Britain two years ago. They have threatened sanctions against those involved and pressure has mounted on Merkel to withdraw her support for the almost-completed Nord Stream 2 pipeline, which could ship $10 billion of gas a year from Russia to Germany under the Baltic Sea.

The Russian stock market has fallen 10% in dollar terms over the last month, compared to a slide of just 1% across emerging markets. Meanwhile, the possibility of sanctions is adding up to five rubles — or 7% — to the ruble’s exchange rate against the dollar, analysts told the RBC news website.

Even before Germany confirmed that Navalny had been poisoned with Novichok in a statement issued in early September, new data suggests international investors were already cooling on the Russian market. Foreigners sold more Russian shares than they bought in August, the Central Bank found, offloading around 34 billion rubles ($450 million) of equities — a reversal of the trend in July, when they were net buyers of Russian shares for the first time since the start of the pandemic.

Russia’s financial markets — heavily swayed by global energy prices — have also been hit by growing coronavirus cases in a number of European countries, and a setback for one of the leading Covid-19 vaccines, which suspended late-stage medical trials after a volunteer developed an unexplained illness.

“This in particular had a strong negative impact on oil prices as the pace of the oil demand recovery to pre-pandemic levels largely depends on a successful vaccine,” said Sberbank analyst Mikhail Sheybe.

Benchmark Brent crude oil has lost around 10% since the end of August and is now back below the crucial $42 a barrel price point, where any profits Russia makes from oil exports sold above this price are saved in its $176 billion sovereign wealth fund.

“Oil demand clearly remains weak … Just how long transportation demand will take to recover to pre-pandemic levels will largely hinge on the viability of a vaccine and other treatment options,” added Sheybe.

The latest slide in the ruble presents a fresh dilemma for Central Bank policymakers, who meet next week to decide whether to cut interest rates once more in a bid to support the economy’s recovery from the pandemic.