Virtually all of Russia’s large agricultural holdings have reported on the sharp fall of net profit in 2016, reflecting the worsening situation at the domestic meat market amid falling wholesale prices and rising debt in the industry. 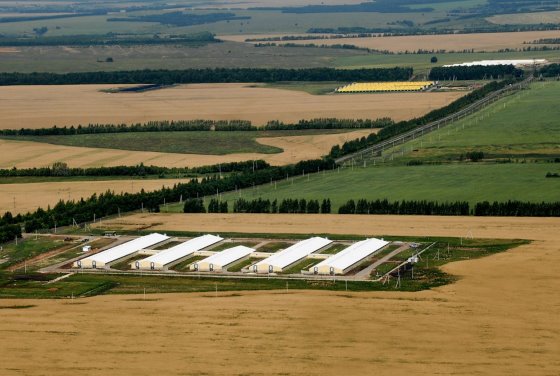 The company ranked 12th place in the list of Russia’s largest meat producers, manufacturing primarily poultry and pork but not revealing detailed information on the operational performance in each segment.

Earlier this year, several other large agricultural holdings in pork production, indicated a drop in production performance in 2016. In particular, Cherkizovo experienced a drop in net profit by almost 3 times to 1.9 billion roubles (US$33 million).

The rest Russia’s major pork manufacturers, including Miratorg, Agro-Belogorie and APK-Holding have not provided financial performance data. Still, it is believed that profitability over the past year was under pressure, primarily because of the rising internal competition at the domestic pork market and consequent fall of prices.

Russia’s State Statistical Service has estimated that the wholesale price for pork on average in Russia declined last year from 120 roubles (US$2.14) per kg of live pigs to 90 roubles (US$1.6) per kg, which is a drop of almost 25%.

Prices on average declined by 15%

Data of the National Union of Pork Producers (NUPP) suggest that last year’s prices on average declined by only 15%, and in general wholesale prices were following the situation at the consumer market, where the prices were also under pressure.

NUPP’s head Yuri Kovalev believed that in 2017 prices will continue to fall, or at best stay at current levels, he told Agroinvestor. Still, he said, the trend will not prevent Russia’s agricultural holdings from further investing in new pig breeding facilities.

Profitability of pig production in Russia

Russia’s experts in general say that the profitability in the country’s pig industry has been at 8-14% ever since the food embargo was introduced, although it is believed that profitability came down last year.

Government officials, however, are much more optimistic. At a recent press conference agricultural minister Tkachov said that the average profitability of the pig industry today would reach 20%.