All news / Russia’s pork is looking for more export markets

Despite growth figures in 2017, Russia’s pork and pork by-products exports give some reason for concern, according to Russia’s specialists. There is a strong dependence on Hong Kong and Eastern Ukraine. 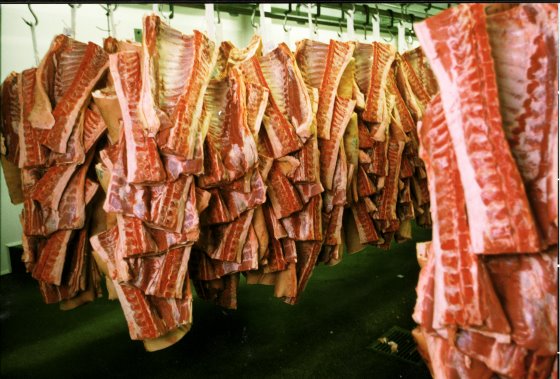 In 2017, Russia’s pig farmers exported 27,000 tonnes of pork with a total value of about US$ 62 million, according to a statement on the website of the Russian Export Center. That is nearly 50% higher compared to 2016 – but still far below figures that government agencies would be eager to see.

In addition, Russia also exported 42,700 tonnes of pork by-products in 2017, according to estimates of the local consulting agency AB-Centre. That was 32.4% higher compared to 2016, with optimistic growth anticipated in 2018, according to AB-Centre.

The figures are in line with earlier projections by the Russian Union of Pork Producers. It had forecasted that the combined export of pork and pork by-productsfrom Russia would be ranging between 70,000 tonnes and 75,000 tonnes in 2017. In 2018 the growth in both segments would continue, so the total export could go further up to 85,000 tonnes.

The Meat Union of the Eurasia Economy Union earlier forecasted that Russia could boost meat exports in the coming years bringing it to 1 million tonnes per year by 2022. This, however, could only be achievable if new markets would be opened for supplies, and in 1st place, China’s pork market.

No diversified picture for pork and by-products

In reality, however, both for pork exports as well as for by-products, Russia’s export could not really be called diversified. In 2017, the country exported 34,940 tonnes of pork by-products to Hong Kong, according to AB-Centre. Another nearly 5,000 tonnes were purchased by Vietnam. That high dependence on a single market in this segment poses some risks for exporters, AB-Centre warned.

The picture is very similar with pork exports. According to figures by the Federal Customs Service, 64% of Russia’s pork exports was shipped to Ukraine. Supplies, remarkably, that are not registered by Ukrainian government agencies. That is because they were delivered primarily to the rebellious republics in Eastern Ukraine, which are not under control of the government in Kiev.

The increase of Russian pork is most likely related to an economic blockage of the rebellious republics by the Ukrainian government, prohibiting any trade operations with that part of the country. It is known that these regions (Donetsk and Luhansk) are not self-sufficient with regard to major meat types.

It is thought that Russia’s pig farmers could benefit from rising prices for both pork and by-products on the foreign markets. For instance, the average price per kg of pork by-products exported from Russia in 2017 was US$ 1.46 per kg against US$ 1.22 per kg recorded in 2016, AB-Centre said.

To some extent, the growth could be linked to fluctuations of the Russian currency, as prices have remained almost at the same level in roubles. The average price for pork exported from Russia was also up in hard currency by about 15% in 2017, according to the Federal Customs Service, although the certain figures are not available yet.