All news / Sergey Lisovsky: The agrarian community must protect its interests

State Duma deputy, member of the Committee on Agrarian Issues Sergey Lisovsky spoke about the regulation of the agricultural sector and the legislative framework, which has the most tangible impact on the agro-industrial complex, especially on animal husbandry. As part of his speech at the Agrotrends Russia conference, organized by Agrotrend.ru, the speaker called for taking new bills and initiatives more seriously, participating in their discussion and lobbying for the interests of the industry. 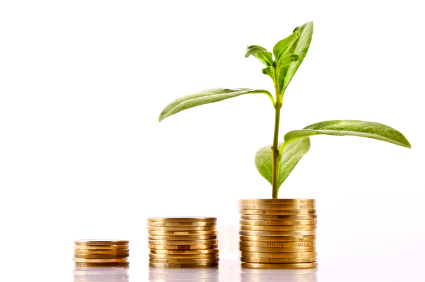 Sergey Lisovsky reminded that a law on the creation of a unified state register of agricultural lands was recently introduced, noting that everyone is concerned about the question of who will eventually pay for information about entering into the register. It was assumed that this would be a voluntary provision of information, but in the end, Sergei Lisovsky noted, monitoring and providing information will become mandatory and will fall on the shoulders of the owners of agricultural land.

‘And if this is a feasible task for large holdings, they already conduct internal monitoring and research, this can become a serious problem for small enterprises,’ the deputy stressed.

For many years there has been a struggle to seize agricultural land that is not used, the speaker continued, but in fact the method of seizure is not applicable, and there are very few relevant judicial acts.

‘We seem to have paid attention to this issue, set the terms of withdrawal, but in December 2020 a resolution was issued according to which any owner of agricultural land can submit documents and declare that he is engaged in forestry in these territories. As a result, our ten-year work turned out to be of no use to anyone. The speed of adoption of this resolution raises questions, - Sergey Lisovsky emphasized.

If we talk about the livestock industry, the most important problem was the assignment of manure to the category of hazardous waste, with all the restrictions and requirements that apply to this group. The deputy noted that livestock breeders were urged to pay attention to this, fines are already being issued today, and sometimes even exceeding the annual income of such enterprises – and this, in fact, leads to their direct ruin.

At some point, it was possible to get an explanation fr om the Ministry of Natural Resources, wh ere it was indicated that if manure is used within a farm, it is considered to be organic fertilizer, in which case it does not fall under the criteria of hazardous waste. However, this question is still interpreted in different ways and there are a lot of discrepancies. The deputy suggested that the transfer of manure to the category of hazardous waste could be influenced by chemical fertilizer manufacturers, who needed to stimulate demand and expand the sales market.

Sergey Lisovsky summarized that all these innovations, together with the rest, can lead to an increase in the cost of livestock products by 25-35%, which goes against the struggle to reduce the cost of products on the shelf, which the government is talking about.

The expert noted that the industry often lacks an active position and consolidation of efforts, and requests and complaints about existing difficulties often ends in talk:

‘If you do not act as an agrarian community and defend your interests, nothing will change, because I will not attach the conversation to anything and I will not pass it on to the minister. Write official requests, work with industry unions. Without this, without your support and a clear position, we will be looked at as deputies who "just came up with something again."

Sergey Lisovsky briefly spoke about the amendments that he proposes to make. One of them will affect selection tests in the crop sector.

- If a variety that is bred by Russian plant breeders is supposed to be used for selection tests, it is proposed to do this at the expense of the budget. If foreign companies come with this, they should do it at their own expense. This corresponds to the world practice.

Turning to global strategic issues, the deputy highlighted the regulation of prices in the market, stressing that currently it is not at the expense of retail chains, but at the expense of agricultural producers. Sergey Lisovsky also drew attention to the system of restrictive export duties, noting that it is controversial in strategic terms and can cause a lot of problems. Fluctuations in the feed market have become another global problem for animal husbandry. The cost of protein components of feed has increased on the world market, as a result of which exports abroad have intensified, although usually, the speaker noted, we imported more actively. Coupled with the problems with the food supply that have developed this year, this may lead to a further escalation of the problem, as well as affect the cost of production.

One of the urgent problems is also the "devastation of rural areas," continued Sergey Lisovsky:

Young people are leaving, specialists are leaving. It is impossible to stop it, it is an economic and socio-political process, but if we do not regulate it publicly, we will face further degradation of rural areas.