Russia’s key pig production area, Belgorod region, has been struck by a severe outbreak of African Swine Fever (ASF). In a Rusagro farm, more than 15,000 pigs had to be culled. 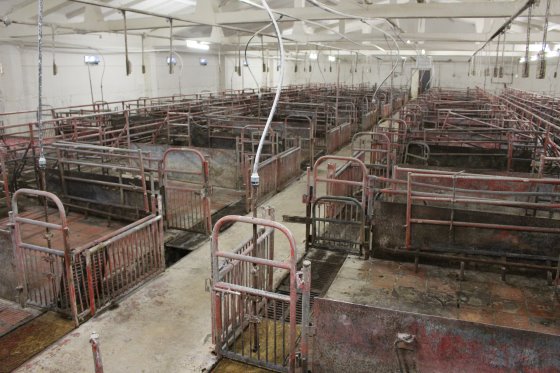 The company stated that it will have to cull 16,000 pigs due to the outbreak. It added that all of the company’s other production sites in Belgorod region have not been affected.

In total, Rusagro operates 24 farms in Belgorod region with a combined capacity of 85,000 tonnes of pork per year. The affected site was designed to manufacture 3,500 tonnes of pork. In its press release, Rusagro speaks of a ‘miserable’ situation. The entire pig population was insured against the occurrence of ASF.

How did ASF get in?

Rusagro did mention in its press release that it is currently investigating how the ASF virus penetrated on the pig farm. In addition, it will enhance security measures in order to ensure that similar incidents will not happen in future.

Sergey Yushin, chairman of Russia’s National Meat Association told federal news agency Vedomosti that from the very beginning of the ASF epidemic in Russia in 2008, regional authorities have fought to keep Belgorod region’s status ‘free from ASF’. To tackle that threat, the regional government even purchased pigs from backyard farms, hoping to reduce pig population at backyard farms, which are known for low biosecurity standards.

Dmitry Sergeev, the spokesperson of the Russia’s largest pig producer, agricultural holding Miratorg, said in the same publication that the ASF outbreak in Belgorod region will have far-reaching consequences in the entire industry. He said that it undermines all efforts and ‘tremendous works’ which have been done to open foreign markets for Russian pork.

As a result, pig producers can forget about exporting for another 2-3 years, Sergeev said.

Although Belgorod region has been surrounded with territories unlucky with regard to ASF, including Ukraine and Voronezh region, the real cause of the outbreak is related to breaches of the Russian federal system, according to Kirill Bolgov in a press release. Mr Bolgov is spokesman for the regional branch of Russia’s environmental organisation Green Front. This public organisation aims to combat ASF, among others by performing independent inspections on the pig farms.

Mr Bolgov said that in the months before the outbreak, inspections in Belgorod region revealed serious problems, even at commercial farms, as they were not complying with the common rules of veterinary safety.

He said that it is very important that despite the efforts of authorities the large-scale commercial farms are still located adjacent to backyard farms. Due to far from perfect veterinary legislation, these are not subjected to any veterinary authority inspections.

Mr Bolgov believed that the outbreak is a major blow to the economy and environment of Belgorod region. He added that, if there would be the new incidents, the overall impact on the pig industry could be tremendous.