All news / China worries about pigs as floods continue

The Chinese government is increasingly worried about food safety due to floods that have been occurring in large parts of the country since June. 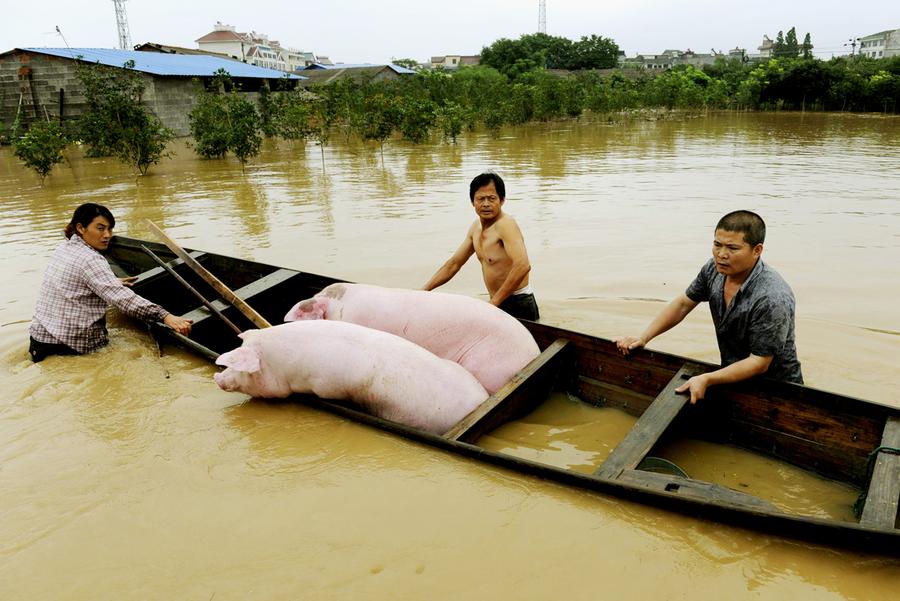 Chinese state news agency Xinhua reported that ever since the onset of the floods, “millions of domestic animals have been washed away in flooding.”

• Anhui province, inland from Shanghai, is known to be one of the worst-hit areas. The press agency speaks of about 80,000 pigs and more than 12 million chickens and ducks having been carried off by floodwaters.

• In Jiangxi province, about 5.2 million chickens and ducks were lost.

The press agency wrote that many are worried that the meat might find its way to markets around the country.

People being casual about carcass disposal

The news agency says that others appeared more casual about carcass disposal. In Anqing city, Anhui province, the head of a local farming cooperative was quoted to have said that about 2,000 drowned ducks were simply ‘thrown away’. “There are too many and it is impossible to handle them all properly,” he said.

In some cases, the poultry simply were washed away and were not found back again. In addition, due to the size of the problem, it is impossible to detect all cases of illegal meat processing.

Zhu Liangqiang, head of the Anhui Provincial Center for Animal Disease Control and Prevention, said that it was essential for the government to prevent any illegal meat from entering the market by strict supervision of transportation, processing and sourcing of animals. “Only with tight supervision can we guarantee food safety,” he said.