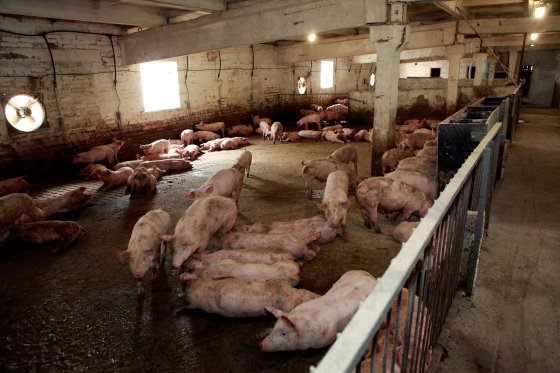 These figures were estimated by the Ukraine ministry of Economic Development. Not only prices for pork are growing fast in Ukraine, so does the price for beef. The average price for poultry, however, has been falling over the past few months.

Retailers indicate that the price for pork in Ukraine may even be growing faster than the government estimates. Alexey Doroshenko, chairman of the Ukraine Retail Suppliers Association, reported on his Facebook page that since early 2018 the average price for pork in Ukraine had increased by 37%, while the price for the particular pork by-products had jumped even higher. For example, since early 2018 prices for cured pork fat, a very popular dish in Ukraine, has risen by 67% – and counting.

Basically, prices for the main types of meat have nearly doubled in Ukraine over the past 2 years, Mr Doroshenko said. To some extent, this trend has been associated with inflation in the national economy, as according to official estimates it was around 26.6% between March 2016 to March 2018, Mr Doroshenko added.

In 2018, prices for pork in the country have been rising due to a jump in the cost of feed, said Irina Palamar. She is chairman of the Ukrainian Stock Breeders Association (USBA), and she expressed her opinion in a statement posted on the USBA’s website. In particular, the average price for sunflower meal has increased by 33.4% and for soybean meal by 18% since early 2018 and all other main feed components also became more expensive during the first months of the year.

Ongoing price rises, however, are limited as the Ukrainian population does not have a strong purchasing power. According to Ms Palamar, at the current prices, demand for pork is much weaker than a year ago, and retailers have to cut orders for pork, as they are not able to sell it. As a result, the number of orders for live pigs in Ukraine has dropped by 25-30% over the past few months, Ms Palamar estimated.

The price hike has pushed the average meat consumption in Ukraine down. From 2013 to 2017, the per capita consumption of pork has shrunk by 25% and beef by 26%, according to earlier estimates, released by the country’s National State Statistical Service. As a result, at the moment the pig population and production have hit the lowest figures even seen, according to the Russian news agency Ria Novosti.

Another causing agent for the fall in production is the continuing epidemic of African Swine Fever (ASF) in Ukraine. Since 2016 the veterinary services have had to cull 78,000 heads of pigs due to ASF. It is believed that many backyard farms have been forced to cease operation, since they were not complying with the common rules of veterinary safety.