All news / Russia: No more subsidies for pig farm planning

The Russian ministry of agriculture has formally indicated that pig farmers are no longer entitled to obtain soft loans for future plans. This is because there is no longer a shortage for pork on the Russian market.That message was shared by Russia’s National Meat Association (NMA) late January 2018. 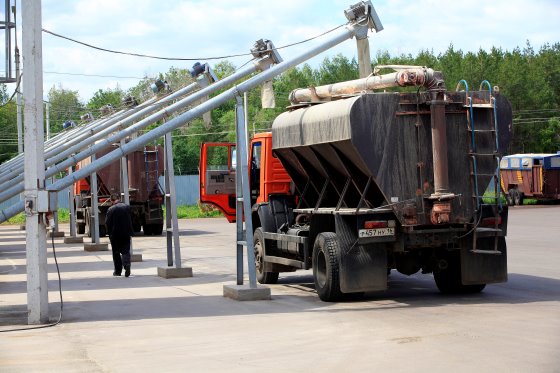 Not a big surprise

For many pig producers the latest formal policy change was not a big surprise as it is a confirmation of what many of them already knew. A year ago, Russian agricultural holdings had already enquired with Russia’s ministry of agriculture to cancel the state aid for pig production plans to avoid oversupply.

The ministry followed that advice in practice, as in the whole of 2017, not a single pig project in Leningrad region was granted with a soft loan from a state-owned bank. In theory, with the aid from the agricultural ministry, investors would be able to aim for a reasonable interest rate of 5% at a state-owned bank, instead of 13%.

Oversupply of pork on Russian market

The situation of oversupply is currently being felt on the Russian pork market as well. In Leningrad region alone, prices for 1kg of pork dropped from 110 roubles (€ 1.57) on September 1, 2017 to 90 roubles (€ 1.28) on November 1 of that same year. The construction of numerous pig farms have been planned as from 2014, when embargo was introduced, and were put into operation in middle 2017.

Nevertheless, Russia still imports about 300,000 tonnes of pork per year, so there is still room for improvement on the domestic market.

One of the latest investments in Russia’s pig market comes from Danish pig producer Idavang. As subsidies are no longer available in practice, its Russian subsidiary Idavang Agro turned to other methods to fund its plans instead. It recently successfully raised 3 billion roubles (€ 85 million) through the issuing of Eurobonds.

That was explained by director Tatiana Shariguna in the local newspaper Delovoi Peterburg. The company also managed to get a regular loan from a Russian bank for 1 billion roubles (€ 15 million).

Idavang hopes to start building its farm in the course of 2018.