By 2020, Russia’s Far East should be self-sufficient for major agricultural projects, which includes pork. 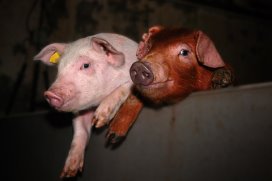 That was a promise made by Russian agriculture minister Alexandr Tkachyov when discussing future development ofRussia's Far Eastern Federal District. The aim can be reached with unprecedented levels of state support, as well as relatively advantageous climate conditions.

Historically, Russia's Far East has been importing pork from other regions of the country. The area consists of 9 regions in the east of Russia. The district is the largest within Russia, covering 6.1 million km2 or 36% out of total Russian territory. The area's overall population is 6.2 million, equalling to 4.2% of entire Russia.

Also interesting: Oversupply is a threat for Russia's pig industry

A request to abandon subsidisation of new pork production investment projects has been made by the Russian Union of Pig Producers to the Russian government.

Also present at the future development talks was Vladimir Sidorenko, vice-governor of the region of Primorsk, the southernmost region of the Far Eastern District. The region is directly adjacent to both China and North Korea. Sidorenko said that investment projects in pig projects have already commenced. He referred to a 3,000 sow breeding project in Prohory village, Spasskiy district, which will be opened in October. The farm will have a capacity of 83,000 head per year.

This facility will produce more pork than the entire region has been producing until several years ago. By 2020, another 16 similar pig complexes are estimated to be built. Altogether, they will produce three times more pork, than region may consume.

Most pig complexes will be started in projects of the Russian agricultural holdingsRusAgro and Merci Trade. Both will be involved in the priority territory development project 'Mikailovskaya', where residents will benefit from e.g. state subsidies and some other benefits.

The project promises to be the first in Russia's Far East and the largest in the area of pig production in this part of the country. Apart from pig farms, launched several plants shall be constructed, e.g. for grain and soybean processing.

According to Sidorenko, over the last 1.5 years the region's authorities managed to decrease prices for pork production by launching a number of other pig farming projects.

Last year's pig meat prices in the Far East were on average 15-20% higher compared to Central Russia. This difference is even higher when the time before the import bans for the United States and Canada are taken into account (roughly 25-35%). The Far East used to import pork from these countries.

Currently, Sidorenko said that the price differences have been reduced; he expects these problems to have completely vanished in a few years.

On the longer term, Mikailovskaya should even become involved in pork exports to predominantly Asian countries. For RusAgro, a focus on exports is one of the reasons for participating in Far East project.

In total, Mikailovskaya could eventually produce up to 350,000 tonnes of pork per year, delivering 150,000 tonnes to domestic Russian market and about 200,000 tonnes for exports.